This project is the first endeavour of BREED HKU, HKU’s first bio-inspired robotics organisation. RoboFish is our very own robotic fish, controlled by a raspberry pi and powered by a battery, aimed at helping us learn more about underwater biomechanics. Not only does the fish have a high speed potential, but the project also involves the study of how fish movements are affected by different variables such as turbulence and drag. This targets the analysis of marine biology and ecosystems. Our model has many applications for research and development in the academic world, such as surveillance systems and sea exploration. 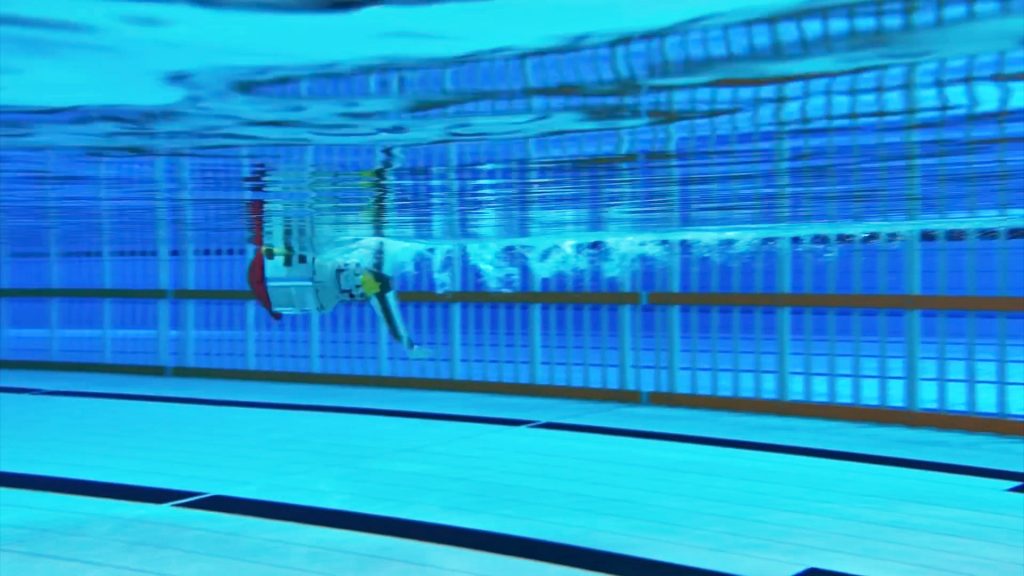 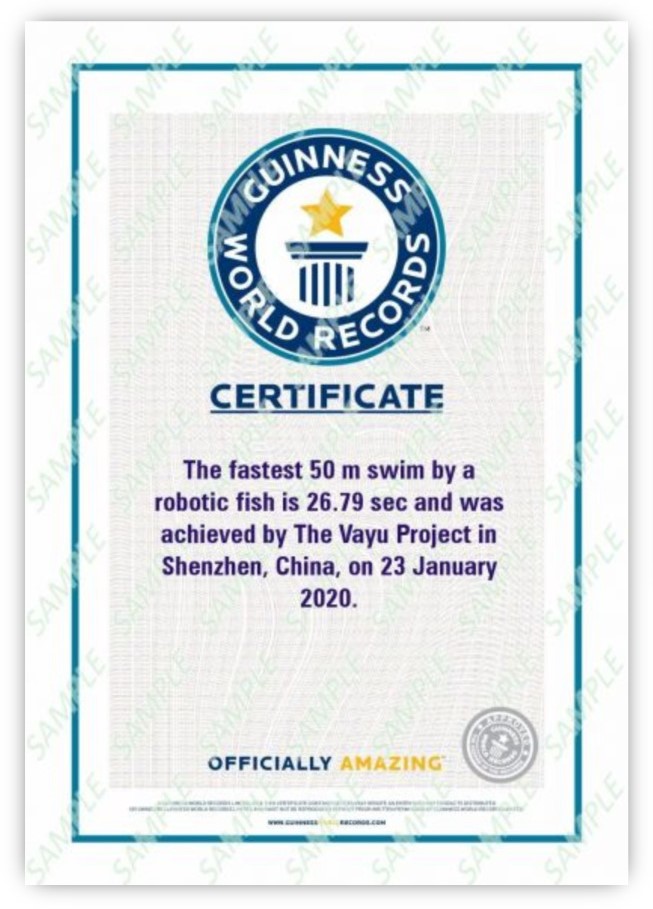 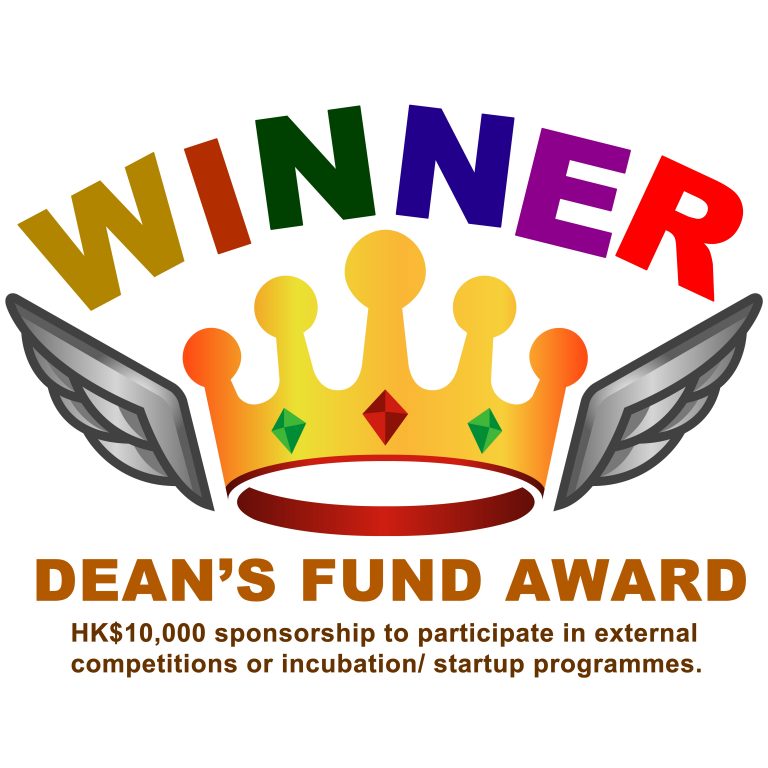 Winner of the Dean’s Fund Award @ The 1st Engineering InnoShow

This project team was selected for the Dean’s fund award at the 1st Engineering InnoShow.

This team has received HK$10,000 sponsorship to participate in external competitions or incubation/ entrepreneurship/ startup programmes. 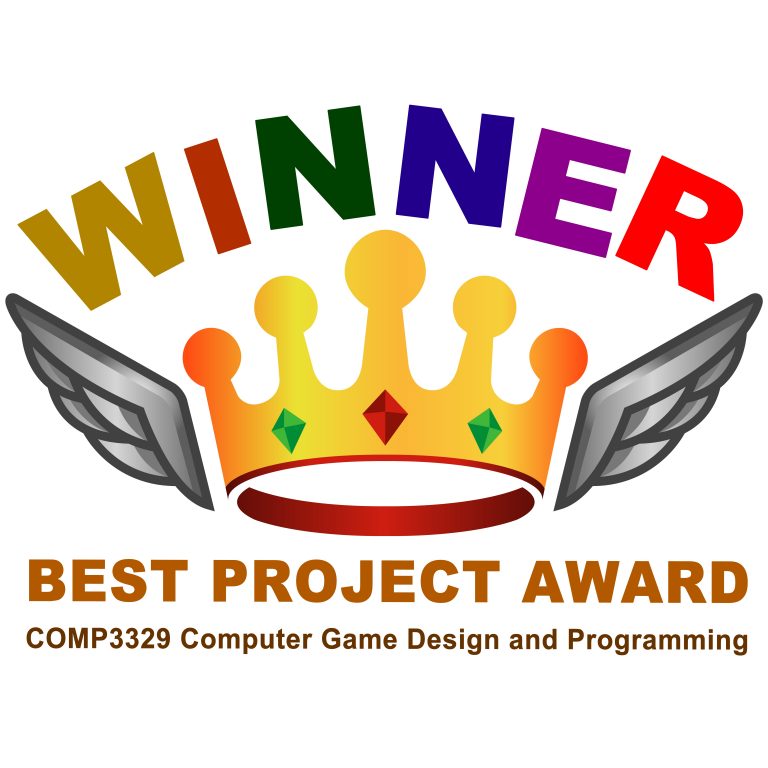 This project team was selected for the best project award – COMP3329 Computer Game Design and Programming at the 1st Engineering InnoShow.

This article appeared in the HKU press release

This article appeared in the India Education Daily

This article appeared in the Mirage News

Supported by the Tam Wing Fan Innovation Wing(Inno Wing), a VAYU robotic fish project developed by a student team from the Faculty of Engineering at the University of Hong Kong (HKU) set the Guinness World Record of 26.79s for “The Fastest 50m Swim by a Robotic Fish” on January 23, 2020. Compared with the world records set by human swimmers in long course swimming pools ratified by International Swimming Federation (FINA), the robotic fish swim faster than women in breaststroke (29.40s1) and backstroke (26.98s2).

Robotic technology provides us with the power to explore the unknown and save human beings from life-risking tasks. However, current technology is still far from being able to recreate a robotic fish with high swimming speeds of natural fishes in open water, which has gone through millions of years of natural evolution. Although scientists have created fast-swimming fishlike-robots under steady laboratory environments, it forgoes the challenge of an open sea, where firstly, it needs to be self-contained to complete a long distance swim and secondly, to deal with the complex dynamics of the ocean.

Led by the Department of Mechanical Engineering, the VAYU Project is a joint effort with the Department of Electrical & Electronic Engineering and Computer Science of the Faculty of Engineering. More than 40 students contributed to the project over the years, and the fish development theme has made its way into several final year projects and student research projects, including a sponsored BREED project under the Inno Wing. “This project attempts to push the boundary of our understanding of robotic fishes in the real world, mimicking the behavior of real biological fishes for oceanic exploration, and as a platform for further research on natural aquatic species behaviors,” said Dr Wang Zheng, supervisor of the project.

The Project was first initiated by a BEng(CE) student, now a graduate, Sidhant Gupta. He wanted to develop a fast swimming, self-contained robotic fish which is capable of traversing long distances. He was aiming to have the fish complete a 50m swim in a long course pool within 30 seconds, while having a biomimetic propulsion specifically an undulating caudal fin. He then established a team with Shen Zhong, a PhD student of Mechanical Engineering. At the end of 2017, Mr. Timothy Ng, a recent graduate from BEng(ME), took over the role as the project lead and brought the fish to its current record breaking performance. “We had worked on this project for four years. Throughout the years, with the team constantly evolving and growing, several prototypes have been developed and a few attempts have been made to reach the 30s target,” said Timothy. “The biggest challenge is how to start building a record-breaking fish. We chose to copy the natural movements of a fish which is something robots have tried to avoid in the past, but we felt it was a pathway worth exploring. After a few successful iterations on the prototypes, we had our first ever attempt in November 2017 at the HKU Stanley Ho Sports Center and achieved the closest attempt to the world record, 50m in 34s, 4 seconds short of the existing record.”

The robotic fish went through drastic changes as the team strived to find a balance between its speed, weight, durability and reliability. After several failed attempts with different prototypes like “White Fish”, “Fat Tuna Fish” and “Yellow Tail”, the team eventually managed to instill the strength of stainless steel into 3D printed plastic, a much lighter material, and developed the latest prototype “OMEGA Fish”.

The team carried out a series of tests with “OMEGA Fish” in January 2020 at the CUHK Shenzhen Natatorium in Mainland China. They successfully made a world record-breaking time of 00:26:795’ for a 50m swim on January 23. After reviewing the full set of records and evidence, the Guinness World Record Organisation officially recognised the VAYU Project with its new world record “The Fastest 50m Swim by a Robotic Fish” of 26.79s.

Professor Christopher Chao, Dean of Engineering, is proud of the team’s achievement. He said, “Breaking a world record is not an easy task. We are so excited about the breakthrough they made. It is a result of collective effort of students from different disciplines. It is also a good example of how our students apply their professional knowledge to develop solutions with real-world impact. With this record, we hope to raise public interest in ocean exploration. We also aim to make these types of robotics projects an annual challenge among our team.”

This article appeared in the OpenGov Asia

This article appeared in the hk.on.cc

This article appeared in the HKCNA